InterFresh Eurasia Vegetable and Fruit, Storage, Packaging and Logistics Exhibition opened at ANFAŞ EXPO Exhibition Centre. The fair, which will bring Turkish manufacturers and exporters together with the world is being held between October 16-19, 2019.

Mr Ugur For a, Antexpo Board Member said the second edition of the fair will be the meeting ground of Turkish manufacturers and exporters with the world. Fora said the following:

“More than 500 procurement delegations from 26 countries are participating in the fair. Chain supermarket managers from many European countries will also take part. We realized this fair project by preparing a long-term strategy. Interfresh Eurasia is the export project of Turkey. Antalya is one of the leading cities in the agricultural sector. Our province is a pioneer in seed growing, irrigation systems and greenhouses. It’s leading in fresh fruit and vegetable production and exports as well.”

Underlining the fact that the fair is welcoming participants from Russia, Colombia, Romania, Italy, Greece, Azerbaijan and the Middle East countries, Fora said “Antalya is a city where both tourism and agriculture sectors are strong. The world’s fresh fruit and vegetable sector will have eyes and ears in Antalya and Turkey during the exhibition. Accommodation facilities in Antalya are above world standards. As such, those who will participate in the Fair will have the opportunity to do both trade and holidays. There are significant developments in fresh fruit and vegetable exports to India, China and Far Eastern countries. As such, the attention of these countries is also turned to Antalya.” 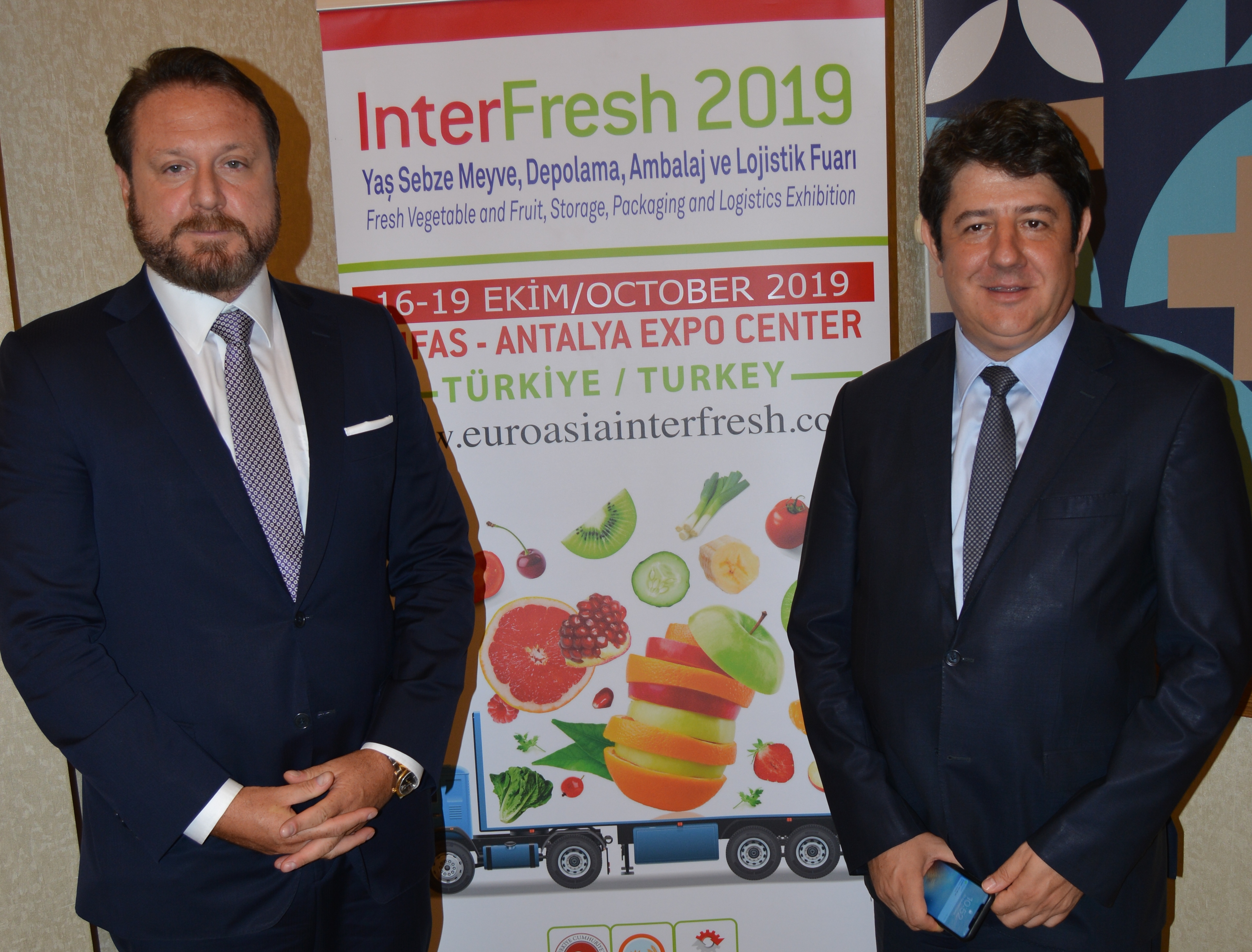 Mersin and Izmir want to host

Mr Murat Ozer, General Manager of Antexpo AS said with Interfresh Eurasia, Turkey aims to increase the production and export of fresh fruits and vegetables and to enable people to consume healthier food. Ozer recalled that they held promotional meetings for Interfresh Eurasia in Hatay, Adana, Mersin, Bursa, Ankara and Izmir provinces.

“Mersin and Izmir regions, which are the strongholds of Turkey in the production of fresh fruits and vegetables, have aspire to host Interfresh Eurasia fair. Manufacturers and exporters from Mersin and Izmir want this fair to be held in their own regions. Construction of Mersin Airport is on the way. With the completion of the transportation infrastructure, this fair can also be held in Mersin. We can perform the fair with Mersin every two years. Aegean Region is a very important region especially in fresh fruits and vegetables. Producers and exporters in the Aegean also want to host the fair,” Ozer noted.

Emphasizing that InterFresh Eurasia is not just a trade fair, “InterFresh Eurasia is also a project to increase Turkey’s exports. That’s why we’re working to make the fair international. We want to make our country a meeting point for fruit and vegetable producers, suppliers and all stakeholders of the sector. First of all, with the fair, we want to contribute to the production of healthy food and to be the window of Turkey’s fresh fruit and vegetable sector to the world,” Ozer told.

Murat Ozer emphasized that the contribution of fairs to cities is very great and said “Hotels operating in the city, restaurants, gift shops, taxis, midi-busses, city’s tradesmen in short are all benefitting from exhibition tourism. Especially fairs, which are held outside the tourist season, are almost lifeline support to the cities they are organized in the winter months. Aware of this, local governments and the institutions and organizations of the city are almost competing to organize good fairs in their own cities.”