Semih Elmas, who has been producing tomatoes, corn and peppers over 150 acres in Torbali for more than 30 years, decided in 2016 to produce tropical pitaya fruit, a.k.a. “dragon fruit,” upon suggestion of a friend living in the UK. 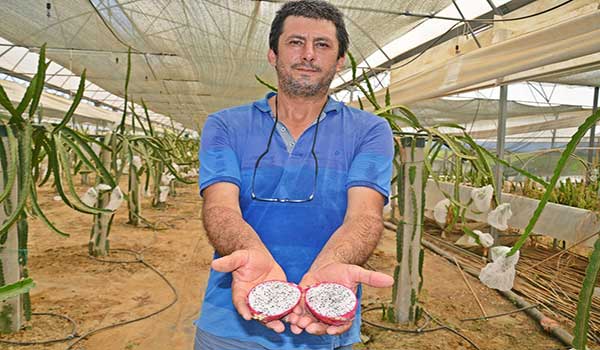 Elmas met Mehmet Tanriverdi, who has been producing dragon fruit in Mersin province of Turkey for kore than 30 years, and started working in Torbali in November 2016. With a setup cost of 30 thousand liras over 2 acres of greenhouses, Elmas made the first harvest in 14 months. After its second year, Elmas obtained more than 10 thousand pitaya fruit per acre and served the first product to his friends and family. Through his initiatives towards supermarket chains, dragon fruit became widespread in Izmir. Elmas decided to increase his 2-acre greenhouse to 50 acres because of the interest he saw. Elmas says he has received demand from European countries such as Britain, France, Germany and Switzerland.

“In terms of production, it is much more advantageous than other tropical fruits. It doesn’t need water and it’s damaged by too much rain. A fruit species that is damaged under minus 2 degrees. It has no diseases. There’s no need for any agricultural contention and it doesn’t seek any fertilizer. This is a big advantage in that way. You can harvest five times a year from May to November. It’s a very fertile fruit. Serious research has been done on the health benefits of pitaya. It’s good for breast milk as well. It’s good for diabetes so that it stops using insulin.” 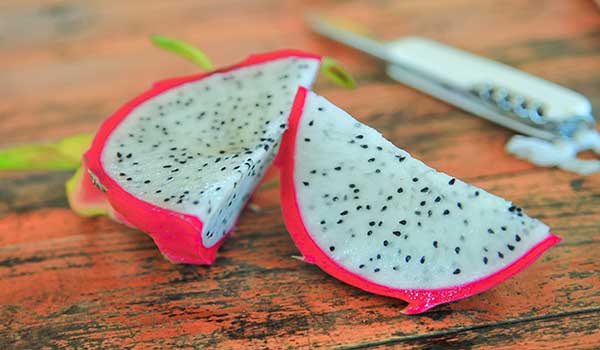 Semih Elmas tells the story of Ege Pitaya as following:

“We started production of dragon fruit in 2016 in Golluce neighborhood of Torbali county of Izmir. Farming is our grandfathers’ profession. As a result of our studies and research supported by this experience, we have concluded that dragon fruit production can be a serious source of income for Turkey. We have reached a certain point in seedling production as well.

We continue to establish facilities in different provinces of Turkey through our work in partnership with Mr Mehmet Tanriverdi, who produced dragon fruit and other tropical fruits for the first time in our country. Our growth continues with each passing year.

We are still producing to the domestic market. The fact that our production is below export demands, encourages us to produce in wider areas. 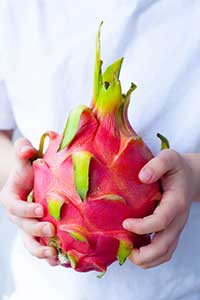 Dragon fruit, which is a fruit that can be grown at no cost except setup is a plant that can be produced very easily and this fact increases the demand. We are working to increase the contribution of dragon fruit to the Turkish economy by providing support for seedling cultivation and technical cultivation in the face of these demands.

We harvest fruit from each plant in as little as 12 months. This is a source of great happiness and pride for us.”